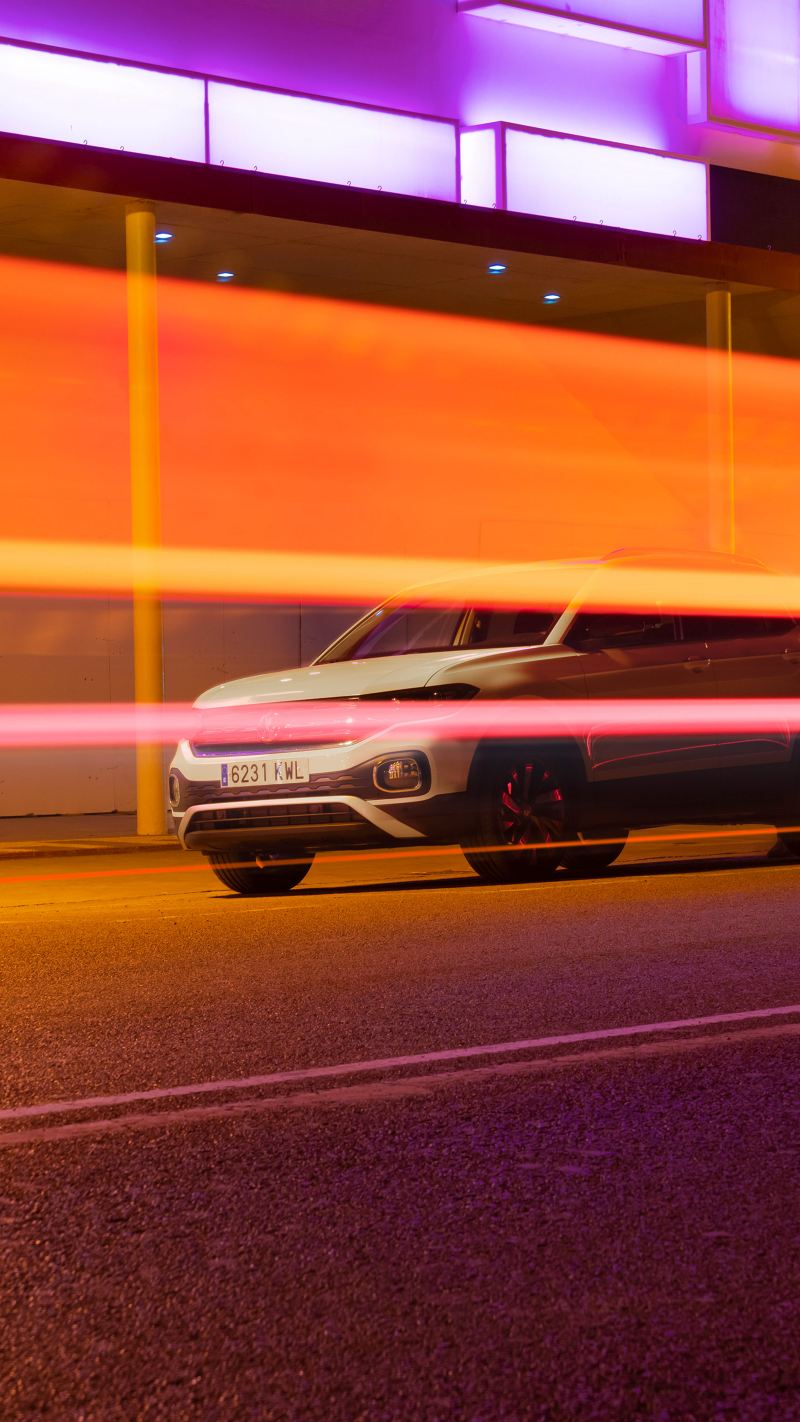 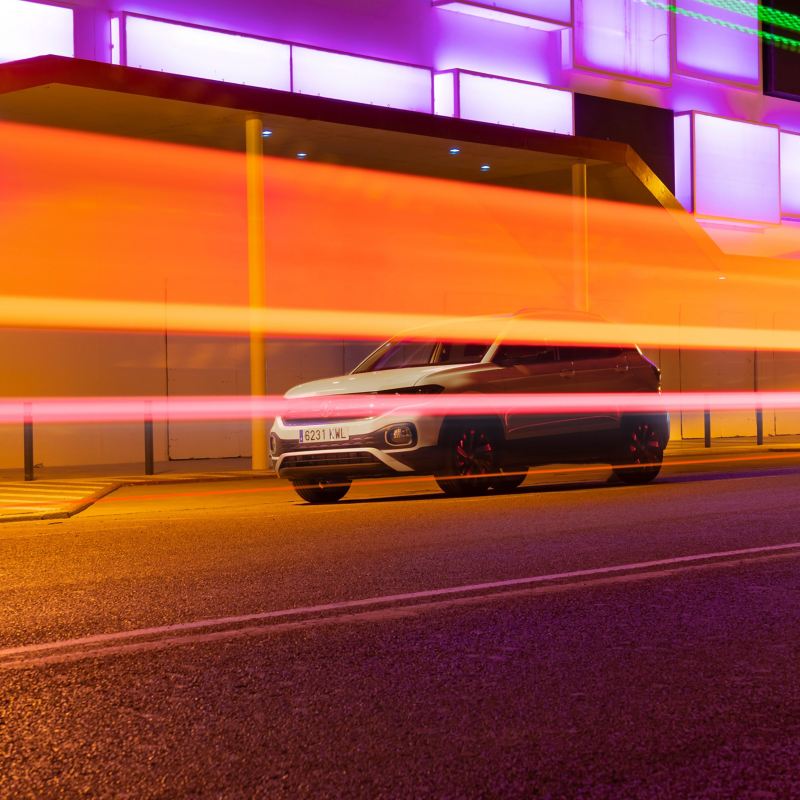 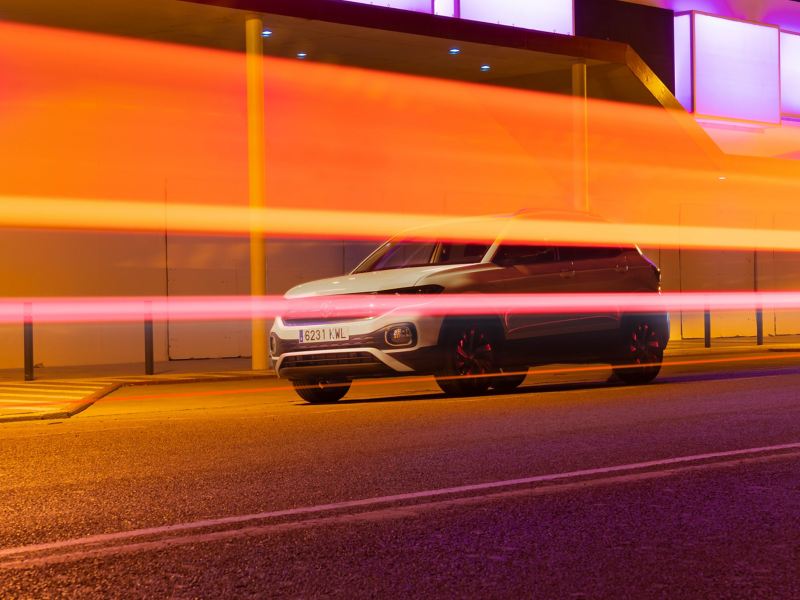 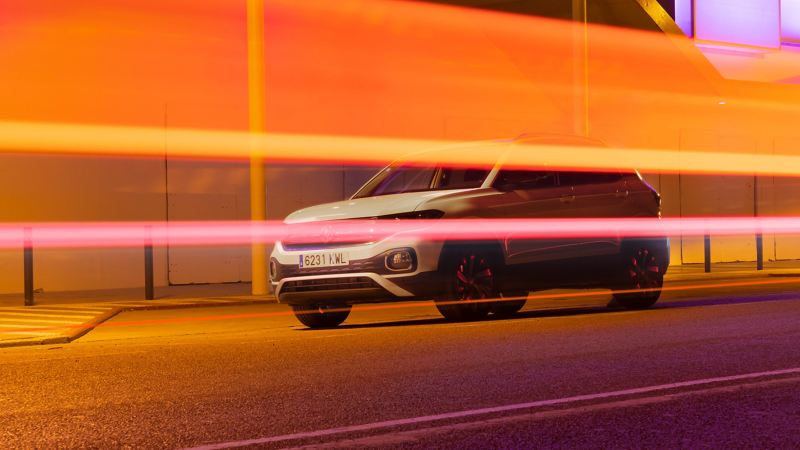 The sound of summer

The sound of summer

Daniel Klein, whose stage name is SIRS, is a DJ and music producer on Ibiza. We visited Daniel with the new Volkswagen T-Cross and let him show us around the most musical of all the islands. In the process, we discovered fantastic locations off the beaten tourist path – and he found out how much fun it is to cruise Ibiza’s streets in an agile compact SUV including high-end sound system.

Daniel Klein, whose stage name is SIRS, is a DJ and music producer on Ibiza. We visited Daniel with the new Volkswagen T-Cross and let him show us around the most musical of all the islands. In the process, we discovered fantastic locations off the beaten tourist path – and he found out how much fun it is to cruise Ibiza’s streets in an agile compact SUV including high-end sound system.

When Daniel Klein greets us in his adopted home, it is exactly as you’d expect. It’s 10 p.m., dinner time on the Balearic Islands. We meet the German DJ and music producer at “IT”, a mix of Mediterranean gourmet temple, champagne bar and mini club. A few metres away, dazzling white yachts are bobbing up and down. The more than 1,000-year-old old town of Ibiza is perched on the other side of the harbour basin. Daniel is clearly at home among the impeccably styled guests; shaking hands, kissing cheeks. Today is his birthday.

As the evening continues, more and more friends gather around a large table. Imaginative little dishes are placed discreetly among them as they chatter excitedly. The host sits at the head of the table, beaming with joy. One of his hands is lying gently on the shoulder of his 15-year-old son Carlo, who is currently visiting him on Ibiza and who now has to head off slowly to bed. Carlo politely bids us goodnight – “hasta luego!” (“see you later!”) – we are hoping to discover the island with both father and son the next day. The highlight of the evening follows at midnight: Daniel takes to the decks. Within a few minutes, half the tables are empty and the dance floor is full. Even at the DJ’s console, it’s still a case of heartfelt greetings and short, firm hugs – Daniel Klein is at home here. Of that, there can be no doubt.

“I prefer playing in these kinds of intimate atmospheres now,” he explains the next morning. “It means I can cater to the mood of the audience better and also test how people react to my latest tracks.” But Daniel’s roots as a DJ on Ibiza can be found in the island’s large clubs. He was the first German to be a so-called “resident” at the legendary “Space” at Platja d’en Bossa in the 1990s: during the summer season, he performed several times a week in front of partygoers from all over the world. At the personal invitation of the boss at “Space”, who had heard Daniel’s music on a compilation and was impressed by the young producer. Further gigs followed – including his own show on Ibizan radio. The focus of Daniel’s life has been on the Balearic Islands for 23 years – a few of which he spent on Majorca, where his son Carlo still lives together with his mother. But Carlo is currently on his school holidays. “He loves coming to visit me on Ibiza. There is a lot to discover here aside from the party scene.”

Today, Carlo wants to go fishing with his father – but first of all, the pair are meeting in the old town over coffee and croissants. Daniel has been awake longer than teenage Carlo despite going to bed late. The DJ loves walking from his apartment to one of the most popular streets in the old town early in the morning to enjoy the peace and quiet. As long as the many bars are still closed and the tourists are asleep, the neighbourhood is a little piece of paradise. Before we meet his son at the “Croissant Show” cafe later on, Daniel wants to acquaint himself with the T-Cross, which we have brought along with us. He is going to drive it through the winding streets to his favourite record shop first. “I always park down here along the mole and bike in the mornings from my apartment in the Calle de la Virgen to my car,” he explains as we meet him at the natural harbour of the town of Ibiza. In this sheltered bay, pirate ships and galleys would drop anchor long before Ibiza became a Mecca first for hippies and then for techno. But why does he live here and not on a finca in the island’s green north? “Here I’m at the heart of the action and always have Ibiza’s unique flair right in front of me.” One thing is for sure: to live here, you need a car that handles effortlessly in narrow streets. Daniel offers particular praise to the supple power steering and small turning circle of the most compact SUV in the Volkswagen family during his test drive through the city centre.

A good investment for anyone whose heart beats for music: Californian audio specialists BeatsAudio have designed a sound system that doesn’t simply improve the sound in your vehicle; it refines it to a professional standard. Six high-end loudspeakers in the A-pillars, the front doors and the back reproduce all styles of compositions unadulterated. Exactly as they were conceived in the studio. Carefully coordinated, crystal-clear and, thanks to the subwoofer in the boot, with powerful bass: enjoy your favourite tracks as you may never have heard them before!

In 2006, successful hip-hop artist and producer Dr. Dre founded the headphone label “Beats by Dr. Dre”. With the sound system “beats”, Volkswagen and Beats by Dr. Dre are bringing this professional sound to the streets.

Daniel’s first passenger this morning: his bike. “Flexible storage space is the next big plus point for me in a car. Records and equipment are cumbersome. And if I have my bike there just in case, I also prefer it if I don’t have to leave it unattended all day at the harbour mole.” After Daniel has parked the T-Cross close to the “Dacha Workshop” (a real insider secret, not just for records, but also for fans of vintage fashion!), he takes another incredulous look inside the car – where his bike is now lying securely – from the outside. “It’s really amazing that you can convert the rear seats into a storage area in just a few seconds.” Even the passenger seat can be flattened down with a single step, meaning that a surfboard, two bikes or Daniel’s entire record collection can even cruise with him around the island. But today, the seat is staying as it is. After all, Carlo will be joining us.

Daniel spontaneously decides to cover the remaining 500 metres to the “Dacha Workshop” by bike – now that he has it with him and it’s so easy to stow away and get back out again. Arriving in front of the record shop, he briefly browses the newly arrived gems. He doesn’t want to leave his son waiting.

Two types of guest come together at the “Croissant Show” – both typical of Ibiza. Some are revitalising themselves with one of the astoundingly delicious croissants when they stop off here in the morning on their way home from the dance floor – because the cafe opens at six in the morning. Others are just awake early. They delight in the hustle and bustle of the Mercado Viejo opposite, Ibiza’s oldest covered market, and enjoy the view over the majestic ancient fortifications. Daniel and Carlo are discussing the best route to the north of the island, the most advantageous spot to catch fish – and about who is going to be allowed to test the special equipment in the “beats” sound system in our T-Cross with music from their mobile phone. “Carlo’s taste is very different to mine. He doesn’t care much for my sound, which is inspired by disco and funk from the 1970s,” admits Daniel. This is why Carlo’s music inspires him, even if it often seems strange to him at first. “Carlo helps me not to lose sight of the current mood and to have the latest trends on my screen.”

He has hardly sat down in the T-Cross and Carlo is already using the touchscreen to operate the sound system’s user interface, reminiscent of a mixing console – the apple never falls far from the tree. Lucky for Carlo that dad is driving and therefore has to leave the decision-making to his son. Powerful bass, clear trebles: the sound system handles both Carlo’s Reggaeton tracks and the soulful house sounds of SIRS (Daniel’s stage name as a DJ) effortlessly – thanks primarily to the adjustable subwoofer. It is also the perfect opportunity to have a listen to Daniel’s as-yet-unreleased new album “Banana Hard & Disco Kisses” outside the studio. “My music should work anywhere,” says the producer. “Not just in the club.”

We have now reached the wooded north-east of Ibiza. The bay of Calla Mastella lies at the end of a steep gravel lane that leads abruptly straight onto the water. “The T-Cross doesn’t happen to have hill start assistance for the way back, does it?” asks Daniel with mock concern while he parks the SUV. Yes, it does. As standard.

Unfortunately, despite carefully selecting the location, neither manages to catch a single bite for dinner. But a huge portion of Ibizan fish stew, a speciality of the traditional eatery “El Bigotes” that has been based in the bay for more than 40 years, makes the trip a culinary success nonetheless. For the return trip during Ibiza’s famous twilight, the pair finally agree on a Balearic house mix by SIRS – and turn the bass up full blast. “My music style would definitely be different if I lived somewhere else,” muses Daniel.

At night-time, Ibiza becomes a Mecca for music lovers and party animals. But it never loses its relaxed, peaceful vibe.

When we arrive back in the town of Ibiza with Daniel and Carlo, the atmosphere on the streets has completely changed since the morning. We are driving past the former “Club Space”, which is now called “HI”. Between the smaller bars along the Platja d’en Bossa, it looks to us like a spaceship that has just landed. The white construction is bathed in an almost iridescent glow by the neon lights of the surrounding advertising hoardings. It is easy to believe that unforgettable nights are playing out behind its doors.

Daniel bids us farewell; he has another gig tonight. But he wants to be up early again in the morning to work on his recent record label “SIRSOUNDS Records” – and maybe stroll around the hippy market with Carlo. One thing is clear now: Ibiza has a lot more going for it than people realise. And anyone having a lie in is missing out on the most beautiful parts.

Have we piqued your curiosity about the T-Cross and the “beats” sound system? There is still a great deal to discover – take a look at our digital showroom !