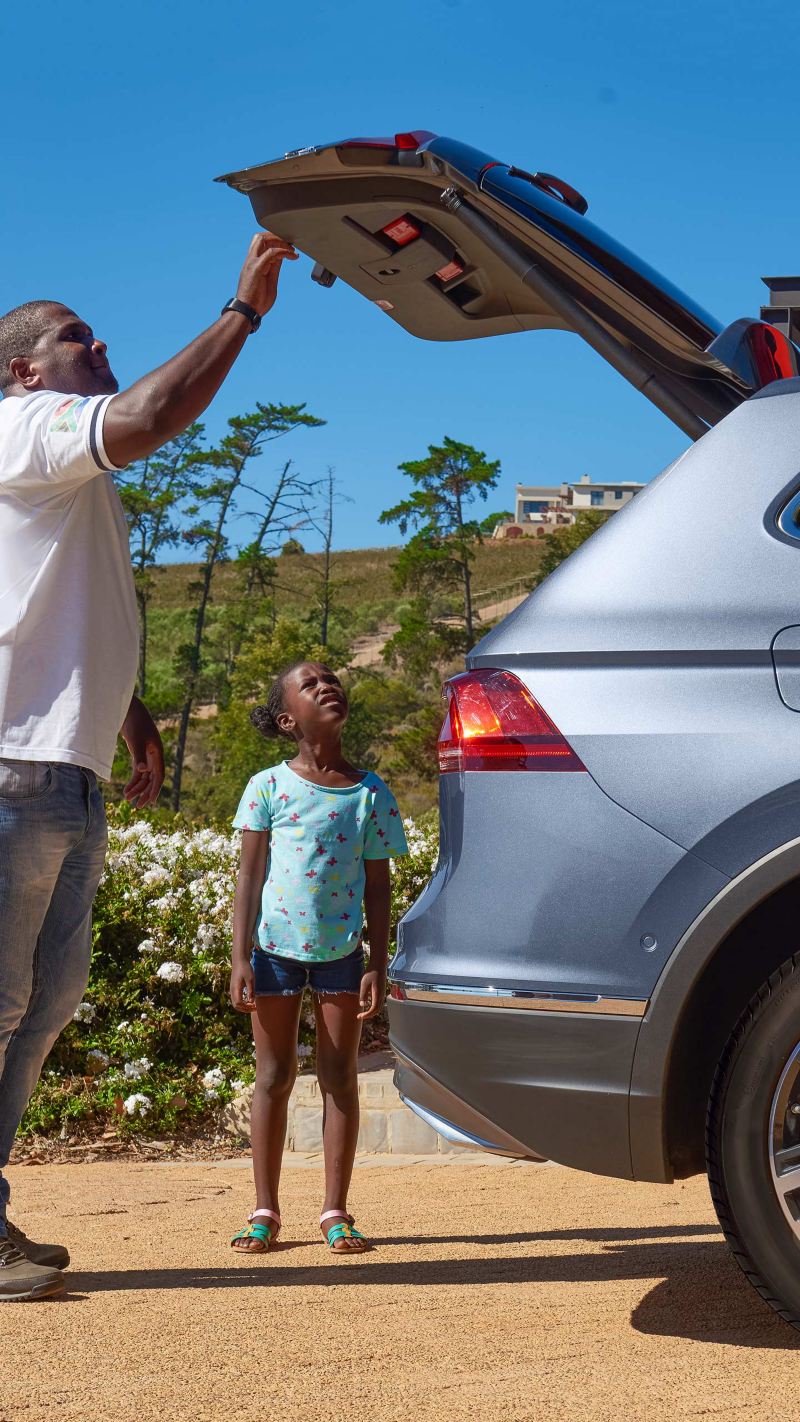 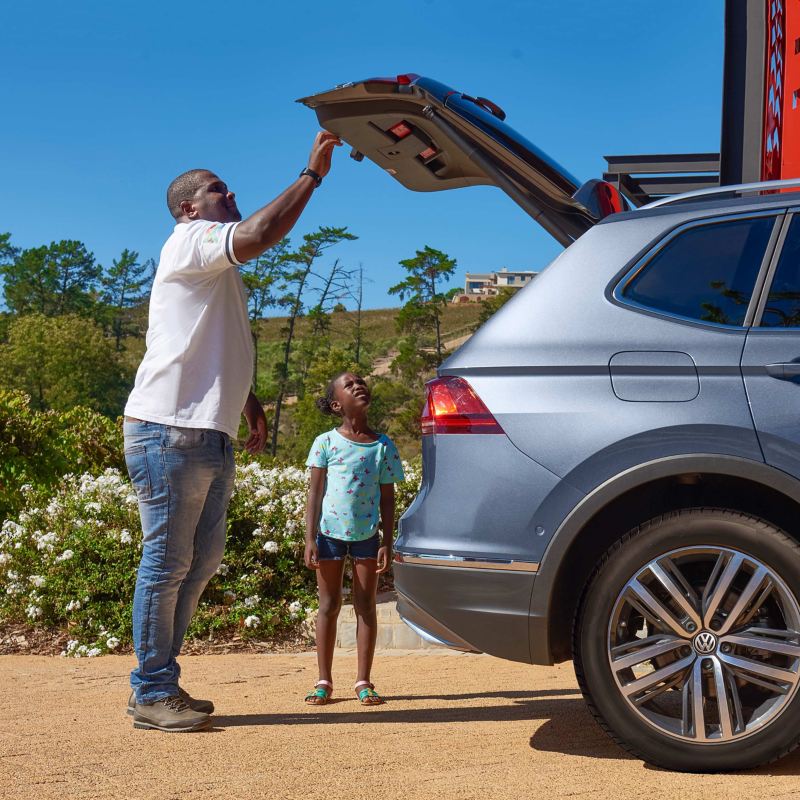 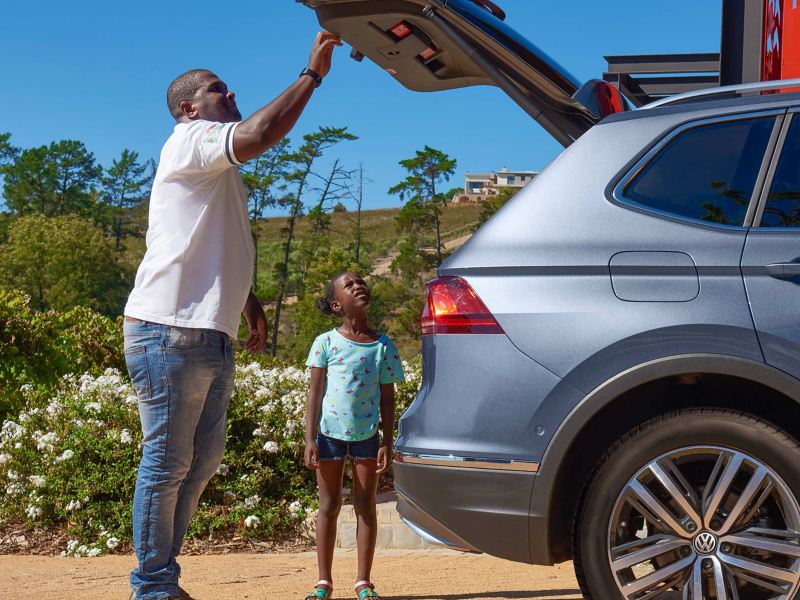 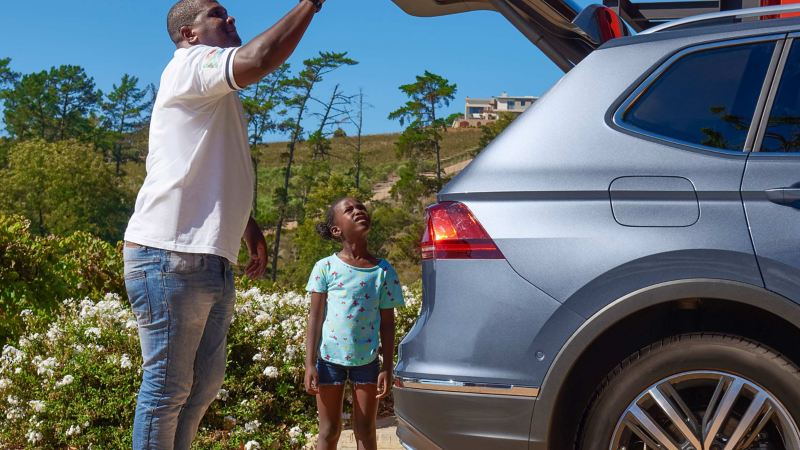 An adventure every day

An adventure every day

The love story between a South African and a German literally bore fruit in the renowned wine region of Stellenbosch: they were both fulfilling their dream of having their own vineyard. With the Tiguan Allspace, we were guests at “Kunjani Wines” and experienced a place that has become a home for immense talent and outstanding wines through warmth, passion and curiosity.

The love story between a South African and a German literally bore fruit in the renowned wine region of Stellenbosch: they were both fulfilling their dream of having their own vineyard. With the Tiguan Allspace, we were guests at “Kunjani Wines” and experienced a place that has become a home for immense talent and outstanding wines through warmth, passion and curiosity.

“When Paul and I got to know one another at a family get-together in Germany, he didn’t speak my language – and I didn’t speak his,” explains Pia Watermeyer. They fell in love nonetheless: the German entrepreneur Paul Barth who grew up among the vines in the Rheingau, and Pia, the owner of an advertising agency in Cape Town. When it came to winning over his dream woman, no barrier would stand in Paul’s way. Least of all a linguistic one. The pair bought dictionaries, chuckled about each other’s dialects, had friends translate for them over the phone – and visited one another on two continents. In short: the time they spent getting to know each other was as adventurous as it was romantic. “We were both familiar with the word ‘Kunjani’, however, from the very beginning,” remembers Pia. Paul knew it because he was an ardent fan of South Africa even before Pia came into his life. And because everything began with this “Kunjani”, which means “Hello, how are you?” in Zulu, we now find ourselves at a vineyard called “Kunjani Wines” – owned by Pia Watermeyer and Paul Barth.

They bought their vineyard in 2012; a year later, they moved there and turned everything upside down. Since 2018, “Kunjani Wines” has been complete. But you never know with Paul. “I’d like to open a Straussenwirtschaft, which is a simple, traditional seasonal tavern I know from the Rheingau.”

A professionally run arable farm with award-winning wines, a gourmet restaurant, four cottages with modern furnishings: what was initially envisaged first and foremost as a shared home – and a hobby for Paul coming from a family of winegrowers – is now much more for both of them. And a top destination on the region’s wine scene. Inspired by their surprising success, they gave up their previous companies (a workshop in the Rheingau and an outdoor-advertising office in Cape Town) to focus fully on their shared adventure.

At lunchtime, it isn’t just wine lovers who come along for a tasting, but also fans of chef Lamek’s excellent cuisine. “Lamek is a champion – at the stove and in person,” raves Pia. “I am thrilled every single day that we were able to land him for our restaurant.” Lamek’s cuisine is all the more impressive because he manages to use only sustainably produced, local ingredients. Every fish on the Kunjani menu can be found on the so-called green list of the “South African Sustainable Seafood Initiative (SASSI)” for sustainable fishing; herbs and vegetables come from the restaurant’s own garden. Premium ingredients are non-negotiable for Lamek – he uses them to conjure up seasonal menus that are full of colour, imagination and extravagance. He finds fresh inspiration all the time and will spontaneously add something extra to the menu, which of course pleases the regulars.

The car park in front of the restaurant slowly fills. The all-terrain Tiguan Allspace fits in perfectly against the backdrop of vines and the panoramic mountain view. But it won’t be here for long. Because Paul has to travel to Somerset, where the Kunjani wines are stored. He wants to pick up a few bottles for a special order there. The route first passes straight through the vineyards. Thanks to 110 kW (fuel consumption in l/100 km: urban 6.1 / extra-urban 5.2 / combined 5.6; CO₂ emissions combined: 146 g/km; efficiency class B.) and the off-road package, the Tiguan powers over the bumpy roads. “Especially when it rains, a vehicle has to be pretty resilient here,” explains Paul. Driving a more circuitous route to get to asphalt roads doesn’t cross the vineyard owner’s mind. Too much to do. And Pia is waiting!

Having arrived at the wine cellar, Paul loads the crates into the Tiguan Allspace’s boot. If the third row of seating is folded down, there is enough storage space for up to 1,665 litres – not calculated in wine bottles, of course. Two crates will do for today.

Carmen Stevens has produced the wines marketed by Pia and Paul under their two labels “Kunjani Wines” and “Howzit”. She was one of the first women to study agricultural economics in the 1990s in her home of South Africa and is today one of the most talented winemakers in the country. Pia also knew that she already had several award-winning wines in her portfolio when the two first crossed paths – and she was ecstatic when she was able to persuade the experienced professional to come to Kunjani as a winemaker. “Since then, Carmen has been patient enough to let me into the secrets of viticulture little by little. Because – unlike for Paul – the subject was virgin territory for me. She teaches me something new each day; Kunjani is like a school for me.” What is especially noteworthy is that the first Shiraz that Carmen cultivated for the new vineyard in 2015 won a gold medal at the Michelangelo International Wine Awards.

Carmen Stevens is one of the best winemakers in the country. And she, too, has found a new home in Kunjani.

Carmen is also delighted about the partnership: “Stellenbosch is of course well established in the world as a wine-growing region. But I want to help make the wine from this valley, the Devon Valley, even better known. I am delighted to be developing our Shiraz further. Because it is simply inimitable.” Its aromatic, elegant and peppery bouquet is what makes Kunjani wines so unique, she explains to us. “I also love the fact that my knowledge is really valued here. Pia and I have become good friends. We listen to one another, learn from one another. And we do so with all the other employees.”

Pia agrees: “I want to help people from our region, give them room for their talent and also a home, a safe haven.” She had this same feeling when she visited this piece of land for the first time. “I immediately felt like I was in safe hands and I knew that very day that I could live here. Even alone, if needs must – if Paul has to spend time in Germany.” But it never came to that: Paul fell in love with that patch of earth as much as she did, and it thus became the permanent home for the ever-growing Kunjani family. One of its most important members is foreman Thulani, Pia’s right-hand man for day-to-day business.

Thulani has a lot to do during these March weeks, which correspond to late autumn in Europe. The last grapes of the year must now be picked. He drives into the vines for the harvest with the entire harvesting team before dawn has broken so that they can be back at the vineyard during the hot midday hours. For Thulani, Pia and Paul are more than just employers. “I live with my wife and my little daughter Charlotte in a cottage in the vines. We live here like a large family.”

Charlotte is on her holidays and it gets a bit boring for her if all the adults are off among the vines. But there is something else here that makes this place so special and livable: the sea and the beach are just an hour away. Time for a little relaxation – and a delicious picnic. Head chef Lamek prepares a handful of tasty-looking sandwiches in the restaurant kitchen; Pia and Charlotte pack rugs and cushions into the Tiguan Allspace. Now, the seven-seater can unleash its full potential. Charlotte follows her father’s movements with wonder: Thulani opens up the last row of seats so that the little one has her own realm with plenty of space for her cuddly blanket and toys. But there is still space in the boot for the picnic basket, cool bag and flip-flops. So that all the equipment for the trip stays in place over bumpy terrain, there is an adjustable boot plug-in module.

“For me, a car has to be big, powerful and flexible. During the day, I have my two big dogs with me. And of course I’ll need space for lots of luggage when I finally do the big tour of South Africa with Paul that I’ve been dreaming of,” reflects Pia. It’s as if the Tiguan Allspace was made for her ...

The day trippers have arrived at the seaside. In the bays and along the coast around Cape Town, the beach is idyllic – but the water is bitterly cold. The Antarctic is so close that whales often come here. Between May and November, they even calve around Hermanus. But today, there are neither metre-high water jets nor mighty caudal fins to be seen. “I’m starting to take this personally,” mumbles Paul, peering at the sea in concentration – more to himself than to the group. “I’ve been coming to these beaches for 40 years. And I still haven’t ever seen a single whale.”

Forgotten anything? No, it’s all there. Thanks to integrated storage and arrangement systems, the trip is perfectly organised.

Thanks to a consistent climate, there are other plants in Stellenbosch beside vines. The wonderful university botanic garden is an oasis with orchids, palms, proteas and other impressive exotic plants, a nice cafe and a little shop with local products right in the city centre.

This campsite is located on the way from Stellenbosch to Hermanus against a breathtaking backdrop. You can pitch your tent right on the beach and wait for the whales. Contact is problematic; there is never anyone on the phone. And just going there doesn’t work. But anyone who succeeds in booking by phone can look forward to one of the most beautiful campsites in Africa.

The sun is now going down. Charlotte has tired herself out playing; the provisions have been polished off. “Where are we driving now, dad?” she calls as the troop leaves. “We’ll just follow the sun,” answers Thulani.

In the dusk, we drive through the Franschhoek Pass. The Active Info Display leads us safely along the R45 regional road between Franschhoek and Villiersdorp. The roads wind in impressive hairpin bends. The Dynamic Light Assist automatically ensures partial activation and dipping of the beam. Charlotte blinks wearily at the starlit sky through the panoramic sunroof.

It isn’t just pleasant to be able to rely on the intelligent driving assistance systems in the Tiguan Allspace after a long day. Alongside the Dynamic Light Assist, Lane Assist also provides help if the narrowing lanes or tight country roads threaten to reduce concentration. Thanks to the electronic support, Pia drives her adoptive family home with a feeling of real security. They are all looking forward to bed. The final stretch starts early tomorrow – harvesting the last grapes of the year.